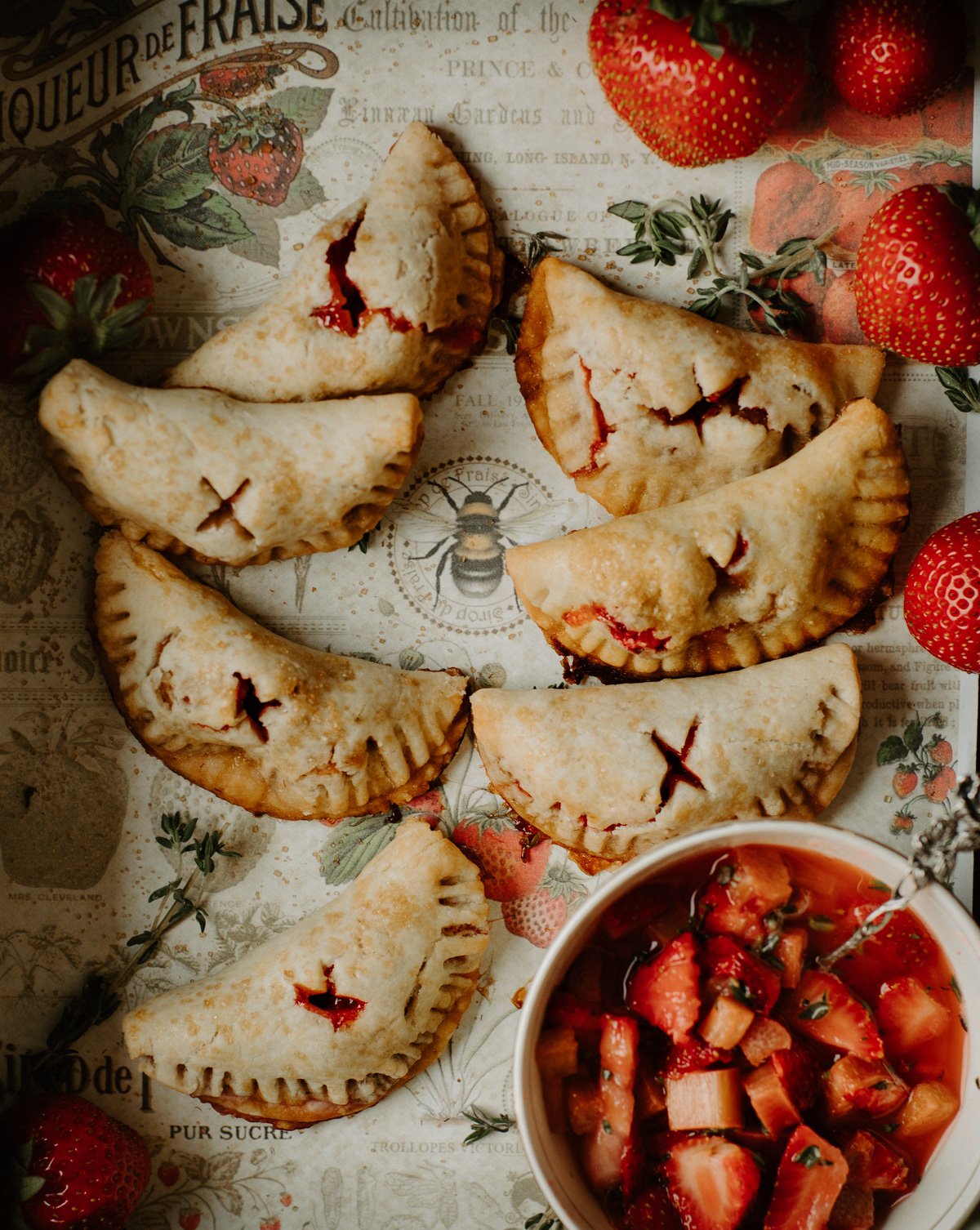 Strawberries are still in season, and rhubarb, getting so much attention on instagram these days, had to be added into these cute pop tart-like hand pies. Trying to be different and all, I added in some thyme, because I have it growing on my 22nd floor balcony. Some how it’s thriving! (Knock on wood) To lessen the sugar, I used Lakanto’s monk fruit sweetener and it balanced out really well with the already sweet strawberries.These strawberry rhubarb and thyme hand pies are the perfect pocket sized treat for afternoon tea. Or breakfast, or dessert. 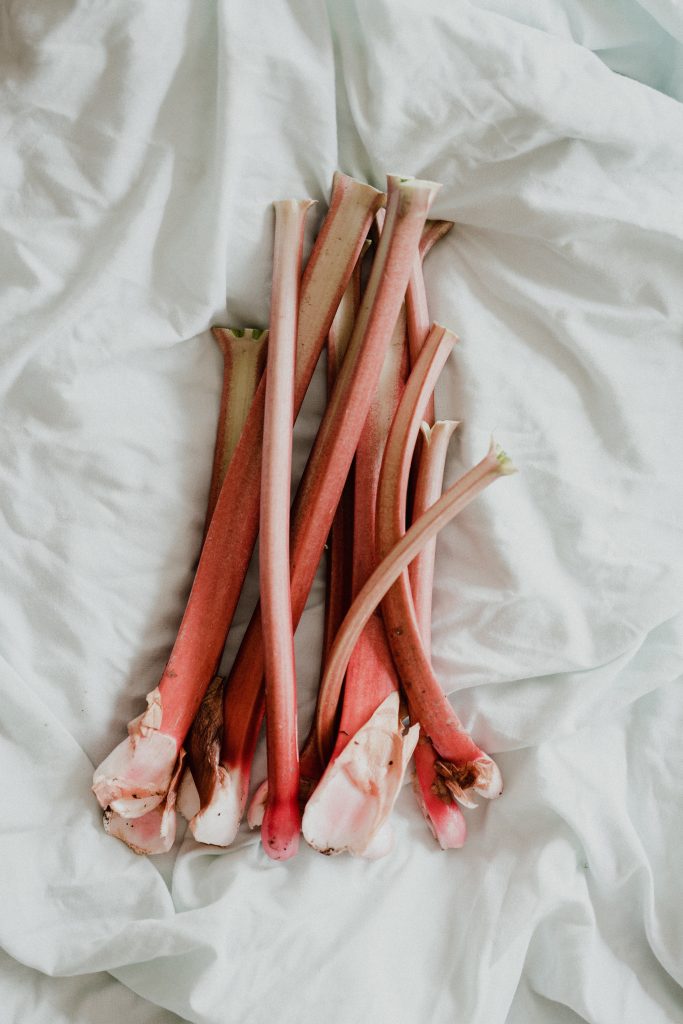 What Exactly is Rhubarb Anyway?

Technically rhubarb is a vegetable, but legally it is a fruit. Evidently, in 1947, a court in New York made the decision because rhubarb is often cooked as fruit in the US. Added to pies, cakes, and other desserts, it does require a little bit of sugar, because it’s on the tart side. The stalks are edible, but the leaves have oxalic acid, so stay away from them! It’s in season as early as February through June, so find some soon before it’s gone! 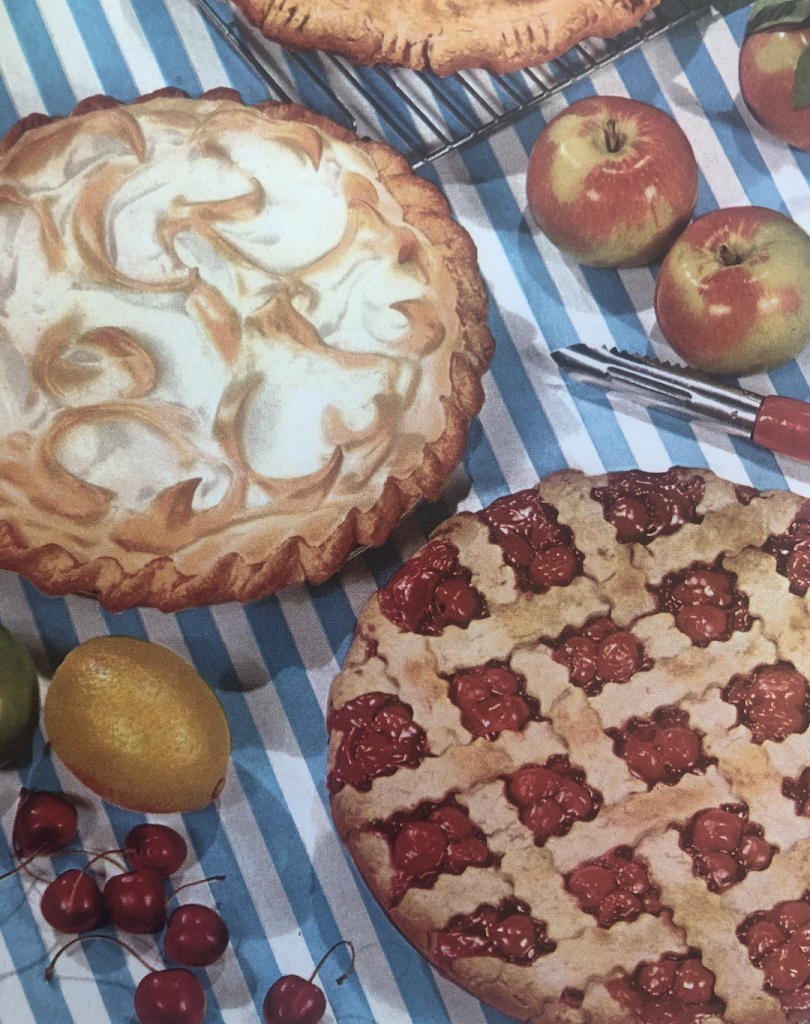 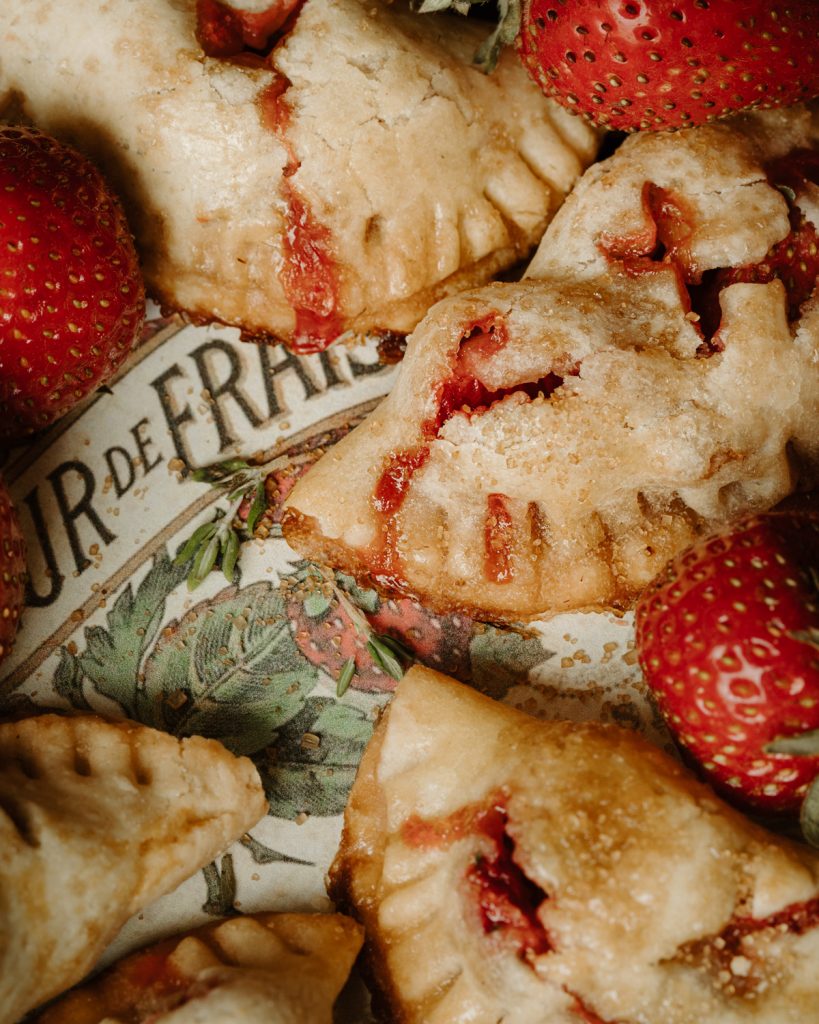 Brush the hand pies with an egg wash, and sprinkle on turbinado sugar. That is the sugar that is very course and shows up really well in photos, especially with a macro lens. My baby. The egg wash gives them that golden crispy appearance. I baked one sheet with out the egg wash and sugar and they looked cracked and dry, definitely don’t forget this step! 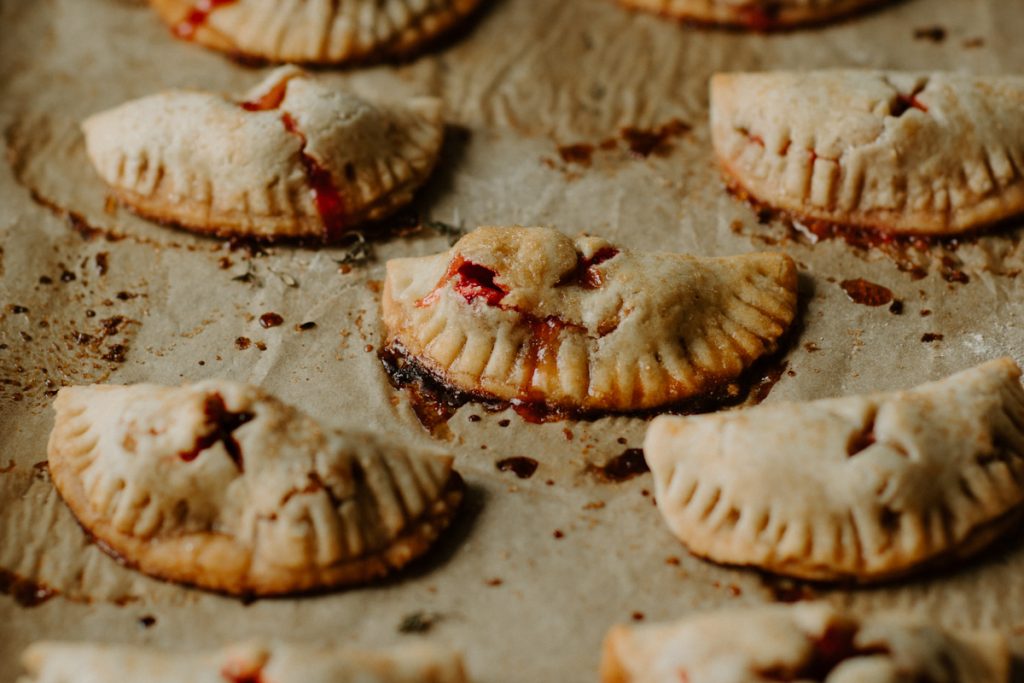 What About the Garnishes?

I’m so happy you asked! Set aside a few sprigs of thyme and arrange them on a platter, sprinkle some more sugar, add a few strawberries around the edges and you have made a great first impression! Or just any impression. Serve them warm of course! 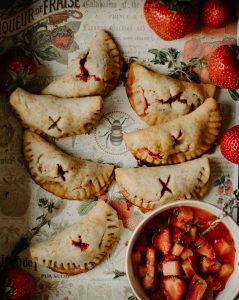 Tart rhubarb with sweet strawberries and some fresh thyme from the garden makes the most delicious summer snack! They are fun to make, and even more fun to eat!

Sift flour into a bowl. Add the salt

Add the ice water one tablespoon at a time, mixing with a spoon until well combined.

Gather dough together with your hands and roll it into a bowl.

Turn on a floured surface with a floured rolling pin. The colder the surface, the better! Use a cookie cutter, or I used the lid of a large mason jar about three inches across to cut out circles. Place circles on parchment paper on a baking sheet

Combine filling together and let sit for a few minutes. Spoon into each circle, about a heaping teaspoon.

Fold the circles to create a half moon shape. Seel with your fingers and use the back of a fork to stitch them together. Take a paring knife and make a small x in the top so they can breathe.

Brush with beaten egg wash and sprinkle on turbinado sugar. Bake for about 20 minutes at 350 degrees or until golden brown