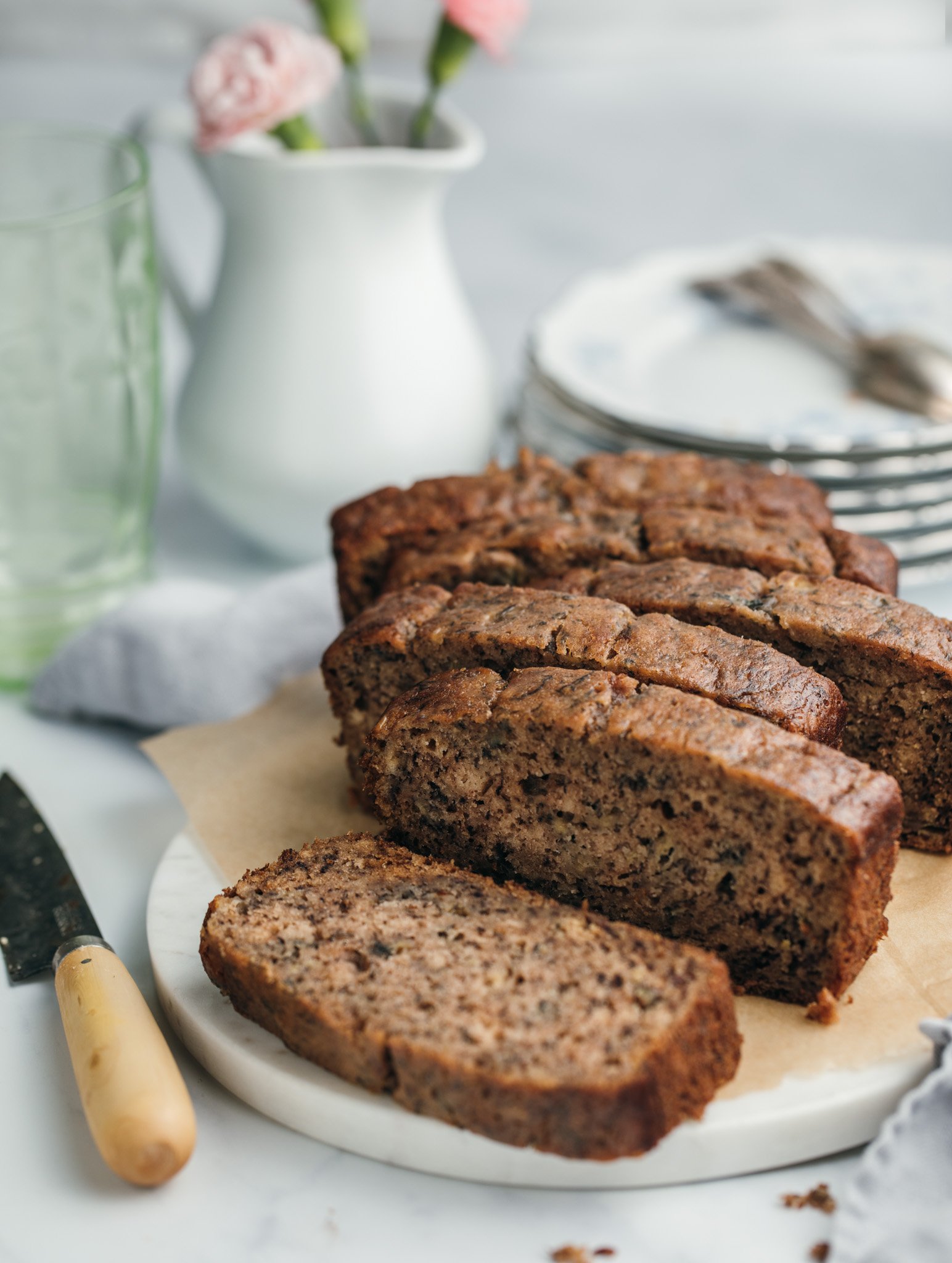 Imagine your friends decide to come over to catch up. You need a comforting warm snack to serve. You can whip up this deliciously moist one bowl quick and easy banana bread in five minutes! It also keeps in the fridge for a week. And by day three, the flavors have melded together so perfectly, it’s almost more scrumptious than fresh out of the oven! I love warming it up with some whipped honey butter or violet jam. It pairs wonderfully with a cup of afternoon tea.

I wait until the bananas are almost fully brown for ultimate moisture and flavor. Then there’s the usual debate whether or not the banana is going to be churned into a soft serve cinnamon ice cream or a bread. Usually bread wins.

I said five minute prep time, but it’s only five minutes if you have your “mis en place”set and ready to go. (That means- everything in its place in French… meaning, you have every ingredient, measuring spoon, etc in front of you, and you’re not covered in banana batter goo when digging through your spice drawer) 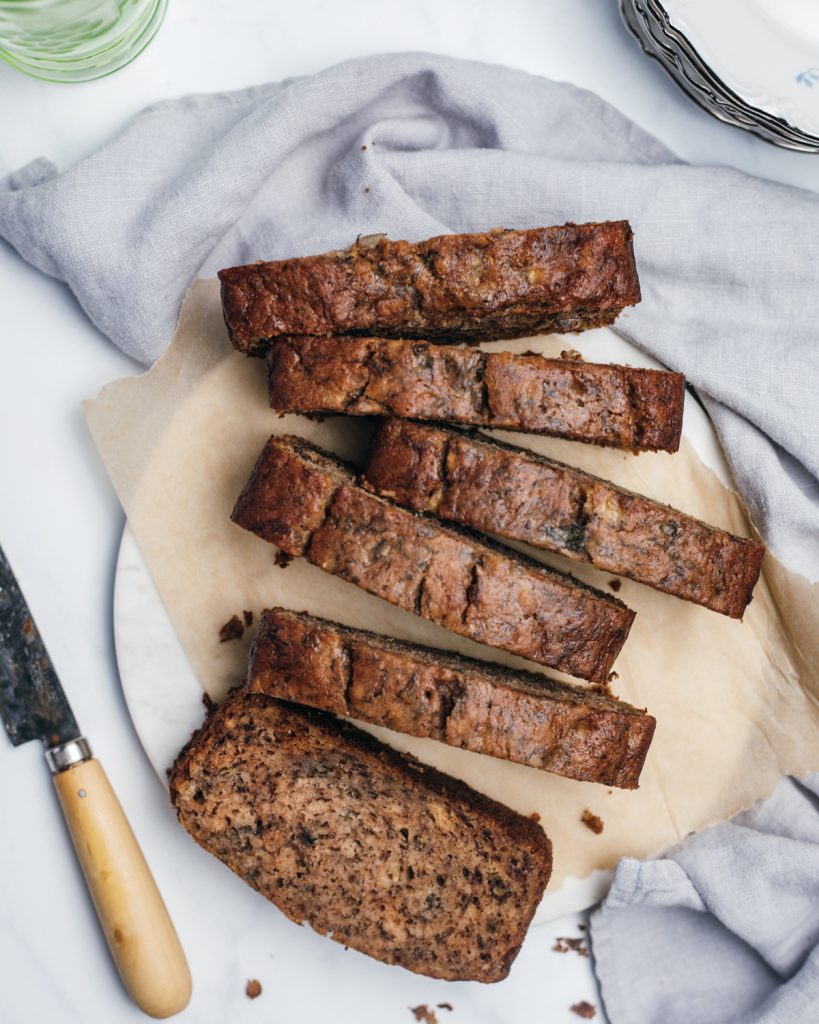 I tested three very different recipes. The first two recipes called for three bananas. One called for apple sauce, which I thought would yield a very moist bread, yet it came out pretty leathery. I could actually almost fold the slice of bread in half. Weird.

Well by this time, and many grocery deliveries later, I wound up with too many bananas. So I tried a recipe with four bananas and vegetable oil. The fourth banana was the trick! I cut back on the sugar a little since ripe bananas have enough 14 grams each! This recipe actually yields a tender and moist banana bread because compared to other recipes, this one has more wet ingredients that don’t include milk or water which stretches the batter thin, and there’s also less flour.

This 4 banana bread recipe was the real winner. I added a generous amount of cinnamon and a little nutmeg.

This one bowl banana bread is perfect for serving your friends on an afternoon with some tea! Enjoy!! 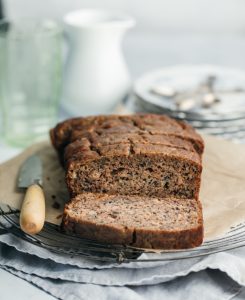 One bowl less then five minute prep time banana bread. Four bananas and a generous amount of cinnamon is key! It’s moist, delicious, and keeps in the fridge for up to a week!

Preheat the oven to 350 degrees.

Cream the sugar, oil, and eggs until smooth. I use a hand mixer but you can whisk as well.

Add all other ingredients with a rubber spatula. Don’t overmix.

Line a loaf pan with parchment paper. Pour in the batter and bake for 45 – 50 minutes or until a toothpick comes out clean!

Garnish with white mums and serve on a vintage platter with tea. Remember presentation is everything!